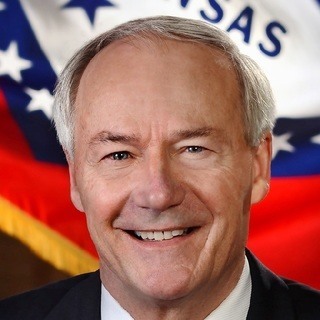 Update your profile now!Governor, State of Arkansas
Review This Lawyer
Compare Save
Summary

Asa Hutchinson became governor of Arkansas on January 13, 2015.
Hutchinson was raised on a farm near Gravette, Arkansas. He graduated from the University of Arkansas School of Law and has spent the majority of his career in the private sector as a small business owner, lawyer and entrepreneur.
At the age of 31, he was appointed by President Ronald Reagan as the United States Attorney for the Western District of Arkansas – the youngest in the country, at that time. Hutchinson served as a U.S. Congressman from 1996 to 2001, when he was appointed as administrator of the Drug Enforcement Administration. In January 2003, he was confirmed by the U.S. Senate as the first undersecretary of the Department of Homeland Security.
Hutchinson and his wife Susan have four children and five grandchildren.