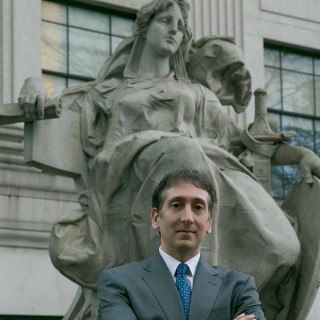 Arthur O. Tisi is an experienced and aggressive personal injury attorney who will be ready to make a convincing presentation of your case. He prepares each case intensively and works with medical and economic experts when necessary to demonstrate exactly how your injury has changed your life. In many cases, this preparation leads to favorable out-of-court settlements. He has earned a reputation of aggressive representation of his clients and skilled advocacy.  He has been called a "pit bull" who "will squeeze every nickel" out of the defense.  If your opposition is not willing to treat you fairly, Mr. Tisi will not hesitate to take your case before a judge and jury.

He joined the Kings County District Attorney’s Office as an Assistant District Attorney in 1996. In 1998 Mr. Tisi left the public sector and went into private practice, eventually joining Rosenberg, Minc, Falkoff & Wolff, LLP. in 2000. Since that time, Mr. Tisi has been litigating personal injury, labor law and medical malpractice cases, including trials, appeals, mediations and arbitrations in New York Supreme Courts and Federal Courts.  He has also done trial work and litigated cases in New Jersey.