The Busch Firm provides criminal defense, drunk driving, and traffic ticket representation. The Busch firm appears before Federal and Michigan courts In the Detroit, Pontiac and Flint area. Our attorneys are members of the State Bar of Michigan, sworn into practice in the U.S. District Court for the Eastern District of Michigan. Arthur A. Busch is sworn into practice before the United States Supreme Court. Arthur Busch, the founder of the firm is one of the very few lawyers in Michigan who have argued capital cases before the United States Supreme Court and the Michigan Supreme Court winning. In 2003, Arthur Busch appeared and argued a murder appeal before the United States Supreme Court winning 9-0. It was the first time in the history of Genesee County that one of its criminal cases was heard and decided by the United States Supreme Court. He has also argued and won capital cases before the Michigan Supreme Court as a prosecutor and as a criminal defense lawyer. He has talent, passion and a zeal for winning arguments. His success over his 30+ year career as a criminal law specialist speaks for itself. The Busch Firm appears as criminal defense lawyers in dozens of district and circuit courts across Michigan. Our firm has extensive practice experience in the metropolitan Detroit area including Genesee County, Oakland County, and Mid-Michigan. We are respected members of the bar with broad contacts on the bench, in prosecution and with other members of the criminal defense and probate lawyer community across the State of Michigan. Art Busch was born and raised in Flint, Michigan. He graduated in 1972 from Flint Southwestern High School. He went on to obtain a BA from James Madison College and a Masters Degree from Michigan State University. Mr. Busch graduated from Western Michigan University-Thomas M. Cooley Law School. Mr. Busch has a long record of accomplishments and legal "firsts" over his 30 year career. He has been responsible for over 50,0

Prosecuting Attorneys Association of Michigan
Member, Board of Directors
1993 - 2003 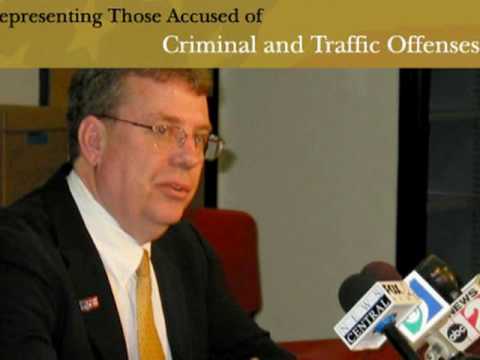 Q. I recently received a traffic ticket. After I reviewed the ticket, i seen it was not given to me in my name?
3 April 2013
A: Interesting case. I think that the mistake by the police officer could be corrected by simply re-issuing the ticket if your father were to answer to the ticket. He should answer to the ticket so that he is not in default. I had a case once where they completely left off the name of the party to be searched on a form search warrant. The case was appealed and the court ruled it was an inadvertent clerical error. Bottom line is that your dad could answer the ticket and fight it by proving he was elsewhere. He has no duty to help the police find you. However, the police have access to all the driver license pictures in your household if they really wanted to get you. The question is whether your Dad is up to the fight? At this point he has little choice but to respond to the ticket.