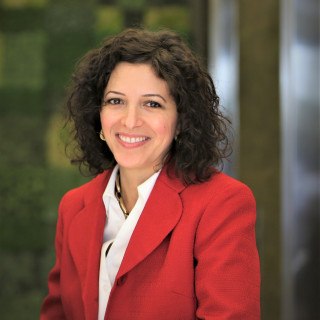 Ani M. Akopyan received her bachelor’s degree, with honors, from UCLA in 2001 and her law degree from Southwestern Law School in 2004. Since law school, Ani has worked exclusively in the field of labor and employment litigation. Prior to joining the Akopyan Law Firm, Ani was a member of a well-known, reputable defense firm where she represented employers and their insurance companies in all stages of labor and employment litigation including wrongful termination, harassment, discrimination, retaliation, and whistle-blower litigation, as well as high stakes wage & hour class action cases. Ani’s 10+ years of experience in defending employers both large and small in just about every industry gives her exceptional insight into how her opponents think and operate. This makes Ani uniquely positioned to fight the good fight on behalf of employees.

In recognition of her achievements, Ani was named to the list of Top 50 Up-and-Coming Women Attorneys in Southern California in 2015, 2016, 2017, and 2018. Ani has also been recognized as one of the Top 100 Up-and-Coming Attorneys in Southern California for 2016, 2017 and 2018. Ani has also been named to the California Rising Stars? list each year between 2018 to 2019. Each year, no more than 2.5 percent of the lawyers in California receive this honor. Ani was also recognized by Super Lawyers®. Each year, Super Lawyers® Magazine recognizes the top lawyers in Southern California via a patented multiphase selection process involving peer nomination, independent research, and peer evaluation. Ani was named to this distinguished list in 2020. Ani was also recognized as a Top Attorney by Pasadena Magazine in 2012, 2013, 2014, and 2015.