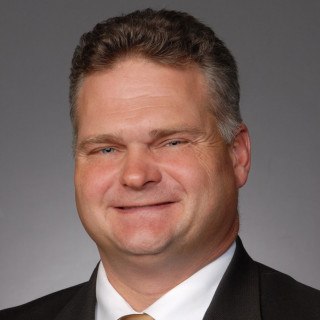 Andrewe W. Johnson was born in 1970, in Canton, Illinois. Andrewe graduated from Lewistown Community High School in Lewistown, Illinois. He attended Monmouth College in Monmouth, Illinois, from 1988 to 1990, before transferring to the University of Illinois at Urbana-Champaign, where he graduated Magna Cum Laude in 1992 with a Bachelor of Arts degree in two majors, History and Rhetoric. Andrewe attended law school at the University of North Carolina at Chapel Hill, receiving his Juris Doctor degree with Honors in 1995. During law school, Andrewe served on the staff of the North Carolina Law Review and worked with the University of North Carolina Criminal Clinic program. Andrewe received academic awards in criminal law, criminal procedure, and remedies.
Andrewe has been admitted to practice law in Illinois by the Illinois Supreme Court and has been admitted to practice in the United States District Court for the Central District of Illinois. Andrewe served as the President of the Fulton County Bar Association in 2004-2005. Andrewe handles business law, real estate, wills, trusts, and probate estates, along with representing units of local government in municipal and pension matters. Andrewe also handles criminal defense, traffic, and civil litigation in Fulton, Knox, Mason, McDonough, Schuyler,Peoria, and Tazewell Counties.
Andrewe has experience in Cannabis Law in the areas of regulatory compliance and security, entity formation and general business law, banking, and mergers and acquisitions, including having been involved since inception with one of Illinois' initial dispensary licensees pursuant to the Compassionate Use of Medical Cannabis Pilot Program Act.
In his leisure time, Andrewe studies and teaches Kosho Ryu Kempo Karate (certified instructor, Yon Dan, 4th Degree Black Belt); enjoys travel; and spends time with his wife, Stephanie, and daughters, Riley and Morgan; and their Bernese Mountain Dog and Maine Coon Cat.