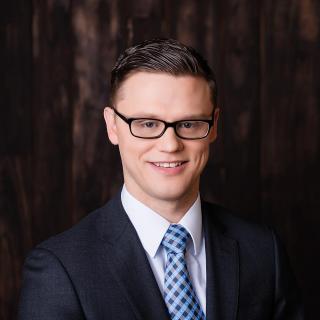 Attorney Andrew T. Poole practice in all areas of criminal defense in Duluth, Minnesota, the Arrowhead Region, and Northern Wisconsin. Mr. Poole graduated from law school in 2010 and moved to Duluth with his Duluth-native wife. Soon after moving to Duluth, Mr. Poole started his own law practice called Poole Law Office PLLC, which he operated until becoming a partner at LaCourse, Poole & Envall, P.A. in 2017, which is now known as Olson, Poole & Envall, P.A. Mr. Poole's hard work and commitment to criminal defense and family law has earned him recognition as a Rising Star by Super Lawyers Magazine. He has also been named a Top 100 Trial Lawyer by The National Trial Lawyers. He has represented clients in all sorts of criminal charges ranging from homicide, drive by shooting, sexual assault, domestic assault, and DWI. In addition to his legal practice, Mr. Poole serves as a Judge Advocate in the Judge Advocate General's Corps. Contact Mr. Poole today for a complimentary and confidential consultation.

Attorney
Poole Law Office PLLC
2012 - 2016
Practiced in all areas of criminal defense and family law in Duluth, MN and the surrounding area.