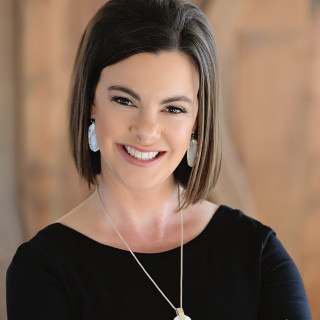 Andrea served as an Assistant District Attorney from 2007 until 2018. Originally specializing in Intimate Partner Violence, Andrea later focused exclusively on Crimes Against Children. After 12 years in government service, Andrea joins the Berlin Law Firm with a wealth of experience in criminal, domestic and child cases.

Andrea was regularly one of the top trial attorneys in the entire office, and was recognized in 2012, 2015, 2016 and 2017 as a "Top Gun" for trying the most felony jury trials. In 2018, Andrea won the award given to the attorney chosen by her peers as representing the best qualities of a trial attorney.

After over a decade of public service, Andrea chose to leave the District Attorney's Office to commit her experience, diligence, and skills to providing accused citizens the best possible defense. Andrea has been repeatedly recognized as being one of the toughest and most hard-working attorneys at the courthouse. She has been named a 2020 Nationally Ranked Top Ten Attorney for excellence in the field of Criminal Law.

Andrea is the mother of two precocious girls who teach her something new everyday. She married her husband, Brad, on her favorite holiday – St. Patrick’s Day. Before having their human children, Brad and Andrea had two boxers, Buster and Lily, their “first born” furry-babies.

In her free time Andrea loves to read and listen to music. Andrea says, “Music can immediately change your mood.” She insists music has even saved lives.

Downtown YMCA Board of Advisors
Current

Does the Kid Testify in Child Sexual Abuse Cases?
Avvo

I am a Suspect in a Child Sexual Abuse Investigation
Avvo