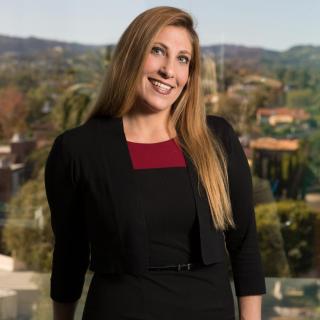 Prior to forming Lavinsky Law, Alexandra Lavinsky was a litigator at the Law Offices of Ronald A. Litz (2007- 2012, 2003-2005) a general civil litigation firm with an emphasis on Family Law. As an associate, she was involved in all aspects of the practice and had the advantage of working directly with Mr. Litz, a pillar in the Southern California family law community. Prior to that, she practiced law as a defense attorney at the law firm of Ford, Walker, Haggerty and Behar (2005-2007) where she handled cases from the pre-litigation stages through trial, arbitration, and mediation and learned how insurance companies evaluate and analyze cases for settlement or trial. Ms. Lavinsky volunteers her time to local agencies which provide legal assistance to low income litigants such as the Los Angeles Legal Aid Foundation, the Harriet Buhai Center for Family Law as well as those focused on the protection and prevention of domestic violence. She assists unrepresented litigants through the Los Angeles County Superior Court Trial Readiness Clinic. Alexandra Lavinsky was named and recognized as a “Rising Star” by Los Angeles Magazine, Super Lawyers edition (2009, 2010). In 2011 she was selected as the Family Law Attorney of the Year for Learn. She served on the Executive Committee for the Southern California Family Law Inn of Court and is an active member of the State Bar of California as well as the Los Angeles County and the Beverly Hills Bar Associations.