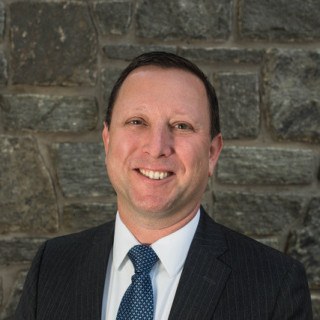 A graduate of the George Washington University and the University of Denver College of Law, Mr. Krischer focused his early legal career in prosecution. As a staff attorney at the National District Attorneys Association, he assisted the creation of the National Center for the Prosecution of Violence Against Women and drafted curriculum and served as an instructor for prosecutors nationwide.
Mr. Krischer left NDAA to serve as an Assistant Commonwealth's Attorney for Arlington County, prosecuting a range criminal activity from traffic offenses and DUIs to rape and other aggravated felonies. Mr. Krischer left prosecution and worked for the Stuttgart Law Center at the United States Army Garrison Stuttgart in Stuttgart, Germany while his wife, an active duty Air Force officer, was assigned to United States Africa Command. Upon returning to the United States, Mr. Krischer joined Mr. Dennis and Mr. Stewart in serving individuals and families in need throughout DC and the state and federal courts of Virginia.
Mr. Krischer serves the local legal community in several capacities. He is a past president of the Arlington County Bar Association and Chair of the Virginia State Bar Disciplinary Committee for the 4th District. Mr. Krischer also serves on the board of directors of the Arlington Virginia Alcohol Safety Action Program.
Mr. Krischer is a recipient of the United States Army Outstanding Civilian Service Medal and the US Army Achievement Medal for Civilian Service. He is the author of "Justice is Blind, It Is Not Stupid: Applying Common Sense to Crawford v. Washington."

US Court of Appeals for the Armed Forces
Since 2008

US District Court for the Eastern District of Virginia
Since 2010

Leaders in the Law
Virginia Lawyer's Weekly
2021
This awards program recognizes the lawyers across the commonwealth who are setting the standard for other Virginia lawyers. “Leaders” are recognized for changing the law, serving the community, changing practice or improving Virginia’s justice system, among other accomplishments.

"Though Justice May Be Blind, It Is Not Stupid": Applying Common Sense to Crawford v. Washington in Domestic Violence Cases
National District Attorney's Association
January, 2005