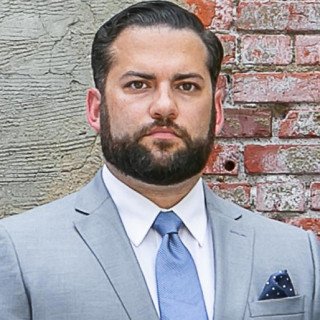 Aaron is the head of the criminal defense section of the Law Office of James M. Wilkerson. He received his Juris Doctor and Graduate Diploma in Comparative Law from the Louisiana State University Paul M. Hebert Law Center. He received his Bachelor of Applied Arts and Sciences from the University of North Texas. Before attending law school, Aaron served on active duty as a Sergeant in the U.S. Marine Corps. He served overseas as part of Operation Iraqi Freedom and Enduring Freedom. Aaron was since honorably discharged from the Marine Corps in 2011, and currently serves as a Judge Advocate in the Louisiana National Guard.

Aaron is an active advocate for Veterans, a lifetime member of the Veteran’s of Foreign Wars (VFW), and currently serves as the Louisiana state legal officer for the organization. He is a founding Louisiana ambassador for Bunker Labs, a national non-profit organization focused on inspiring, connecting, and equipping military-connected entrepreneurs with the resources needed to make their businesses successful. Aaron has recently been proud to assist in guiding state legislation focused on helping veterans and their businesses through the 2020 and 2021 sessions.

Aaron lives in Ruston with his wife Kathryn and their two boys Beau and Jack.