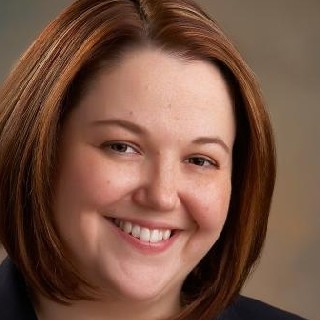 Tracy A. Bernson, Esq. formed Bernson Law Office in 2004 after practicing for a small conservative law firm on the seacoast. In 2006, Bernson Law Office became Bernson Legal and Guardian ad Litem Services, PLLC to more accurately represent the work that Attorney Bernson does. In 2008, Attorney Bernson, with her business partner, Stephanie K. Burnham Esq., formed Bernson & Burnham, PLLC, combining their areas of expertise in litigation, estate planning and wealth preservation, and small business representation. Thanks to a small elite staff, and dedication, your calls are returned promptly. Helping you obtain your goals is the only concern.

Attorney Bernson trained at one of the top 10 trial advocacy programs in the country, at Syracuse University College of Law, from where she graduated with her Juris Doctor degree in 2003. While in law school, Attorney Bernson was a semi-finalist for the annual National Thomas Tang Moot Court Competition, focusing on appellate civil rights issues. Additionally, she was a communication consultant for the National Trial Team, and served on the University's Judicial Appeals Board. While a student, Attorney Bernson worked as a Research Assistant for Dean Keith E. Sealing; her assistance culminated in the following articles: PELIGRO! Failure to Warn of a Product's Inherit Risk in Spanish should Constitute a Product Defect, Temple Political & Civil Rights Law Review (Fall 2001); Teaching Fundamental Learning Techniques with Moore v. Regents of the University of California, St. Louis University Law Journal (Summer 2002); and 'State Sponsors of Terrorism' Is a Question, Not an Answer: The Terrorism Amendment to the FSIA Makes Less Sense Now Than it Did Before 9/11 Texas International Law Journal (Winter 2003).

As a trial attorney, Attorney Bernson concentrates her practice in family law, which includes divorce, child custody, abuse and neglect, and child support matters; probate litigation, which includes guardianships, termination of parental rights, powers of attorney disputes, trust disputes; criminal defense, both felony and misdemeanor offenses, for adults and children; and general litigation matters, including landlord/tenant disputes, contract matters, among others. Besides being a trial attorney, Attorney Bernson is also a NH Board Certified Guardian ad Litem.

Attorney Bernson regularly participates in activities which introduce the legal system to NH's youth. For two years, she has served as a judge at both the local and state level for the annual We the People competition, hosted by the Law Related Education Program of the New Hampshire Bar Association. Additionally, she has been a judge in the Annual State Mock Trial competition, which is also sponsored by the NHBA. She is the former Assistant Head Coach of the University of New Hampshire's Mock Trial Team. During her tenure as Assistant Head Coach, she led her varsity team to an Honorable Mention award at the National Tournament, held in Minneapolis, MN. It was the first time the team had been to a National Tournament.

Attorney Bernson has answered legal questions posed by local citizens in the Bar Association's column A Question of Law, which has been featured in the Concord Monitor and the New Hampshire Union Leader. Her most recent article is "Employers Do Have a Role in Helping to Keep Workers Safe" featured in the Concord Monitor (October 31, 2004). Additionally, has been featured in local articles about pressing consumer issues, including pursuing damages against inept and unethical building contractors. These articles include Regulating Builders: Rising Complaints Spark Efforts to Protect Homeowners and Beware of a Contractor's Uncommonly Low Price, both featured in Foster's Sunday Citizen (January 23, 2005).

Attorney Bernson practices in all of New Hampshire's courts and is frequently appointed as counsel, Guardian ad Litem, and Appraiser.